Barista currently uses Jurassic as its JavaScript compiler, it’s been extremely nice but recently I’ve been thinking about using Node.js within the pipeline. Some advantages of this would be better performance and the ability to use the rich ecosystem of node.js libraries available. SharePoint will still be exposed through the object model using edge.js.

What I’m thinking of at a High-Level: 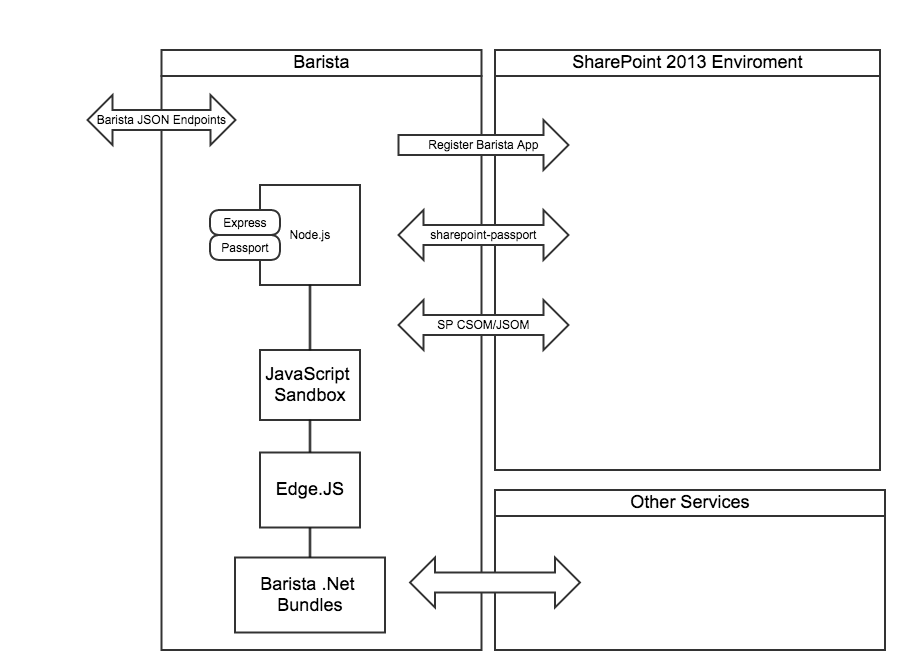 Barista gets registered as a Provider Hosted app in a SharePoint environment. Barista exposes a set of JSON endpoints via Node/Express.

An additional capability would be to have a Barista “Hub” that would be an install on on-prem environments that exposes more of the server-side object model to Barista, but isn’t directly accessible. Pie-in-the-sky, this could utilize a reflection based design that once installed, could just simply call and transform/return the result. Alternatives would be a t4-based template that generates an interface.